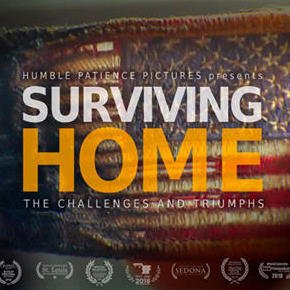 More articles for your reading.

Today, there are over 20 million U.S. military veterans who have put their lives on the line in service to their country. But for many, surviving war is just the beginning. SURVING HOME is an award-winning documentary that follows veterans of multitude generations as they adjust to life after military service. It is featuring Claude AnShin Thomas and other veterans.

Through intimate vérité footage and interviews filmed over the course of eight years, the film uncovers a detrimental gap between military veterans and the civilian populace they protected, while also exposing a culture of silence that prevents many veterans from talking about their experiences in war. Through the bravery of the men and women who open up their lives and share their stories in this film, audiences are introduced to a diverse community of veterans who have discovered inspiring ways not only to survive but also to thrive back home, transforming their lives, and continuing their service to others.

Featuring: Claude AnShin Thomas and others

Links to view the film: