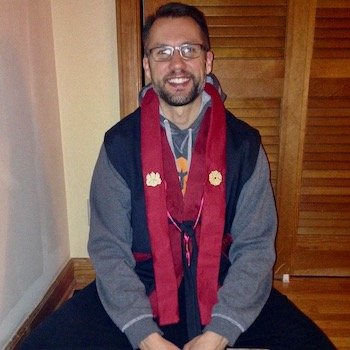 More articles for your reading.

What year/how old were you when you joined the military?

I was 22 years old when I commissioned in the military from the Virginia Military Institute.  I began my ROTC there at 18.  I had wanted to enlist at 17 but I did not have parental approval.

Why did you enlist in your branch of service?

I got the United States Air Force by a very circuitous route.  I started as a Marine Corps ROTC candidate and my very first evaluation was from a USMC Major that I didn’t care for, and it said “Absolutely no potential unless he catches on fire” if his intent was to motivate me, it failed.  If his intent was to move me out of the USMC, it worked and I continued with Naval ROTC and was slated to be a Surface Warfare Officer.  Just prior to graduation and commissioning, the USN said they couldn’t take most of us because we didn’t have 3.0 or higher GPAs (mine was 2.7).  I was disheartened that it appeared my military career was over before it started.  The USAF got word that a dozen USN candidates had just been let go and put a sign up that said 2.5 GPA or better, come see us.  I ran to them and was sworn in that day.  It was one of the most fortuitous sets of circumstances and I had my career.

How many years did you serve and what unit/units?

I served for 20 years, 4 months, and 1 day officially retiring 1 Feb 2015 (though my last day was in December of  2014 before terminal leave).  I served with many units to include: Missile and Spacelift Maintenance at Vandenberg and Cape Canaveral Air Stations (30th MXS and 45th OSS respectively).  Then I began my career as a flyer and went to flight training at Navy Pensacola followed by a decade at Seymour Johnson Air Force Base with only a one-year interruption on a staff tour in Korea.  At Seymour I flew as a back seater in the F-15E Strike Eagle for the 333, 334, and 336 Fighter squadrons with two Operational Tours in the 336 FS Rocketeers (Yellow Tails).  I then moved on to a flying Staff tour at Shaw AFB, SC, and culminated my career flying Operational and Weapons Testing at Eglin AFB in the Strike Eagle.

Which practice forms (sitting, walking, working, eating, or Deep Listening and Mindful speech) have been important and supportive in your daily life?

In my daily life, sitting meditation has been the most I’ve practiced, and therefore, the most beneficial.  I sit every morning before I start my day and do my recitations (and some ritual) and it helps settle me prior to starting.  Having said that, as I’ve learned from our practice, everyday life and meditation are not two different things.  My meditation takes on different forms and I use the skills I learned from the structured meditations (working, writing, listening) as I go throughout my day.  I can tell when I’m off and I alert myself to breathe and re-start, usually after I should’ve, but better late than never.

What drew you to Zen practice?

I was drawn to Zen practice when I first talked to a friend of mine regarding Buddhism in South Carolina.  It was a practice he used to support his life.  I tucked that away in my brain and never pushed it until I met Claude AnShin Thomas.  When I met him, it was at a time I was struggling with my active duty service and the costs of war, which I was still in.  He led me to a book  published by Shambala, and I was pleasantly surprised when it was him on the cover! I read that book in one sitting.  I don’t believe in coincidences (like what lead me to the USAF above) and I believe our meeting happened when it was supposed to.

How does Zen Practice influence your daily life?

Zen practice calms my crazy head in my daily life.  I have lots of thoughts and “frets” regarding what might happen.  Zen practice allows me to recognize those thoughts, return to  exactly where I am, and move on, without chasing those thoughts.

What does it mean to you to be a part of this practice community?

Being a part of this Zen community and sangha means a lot to me. I miss it when I drift away due to travel or an unnecessarily busy life.  To have the ability to have a focused practice and face to face interaction is invaluable to me.

Who is/was the most inspirational person in your life and why?

The most inspirational person in my life is my wife, Diana.  She and I discuss our growth mentally, physically, and spiritually a lot.  Without her I would not make nearly the effort in my daily life that I could be in those areas.  To watch her and her efforts is extremely inspirational and I’m lucky to have a partner such as her.

What did you want to be when you were a child?

Two things: 1. First and foremost a forest ranger.  I get to do this today as an environmental advocate and scuba instructor in the Gulf of Mexico.  2. A Marine like my  grandfather.  That didn’t quite work out as a Marine, but I did serve as have all males in my lineage.

What one word would you use to describe your Zen practice?